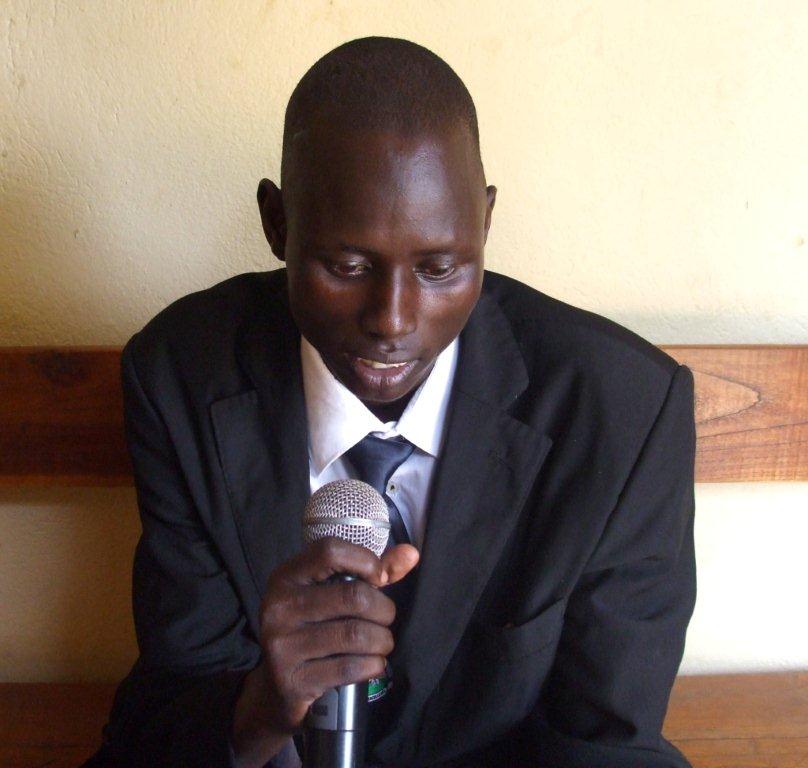 2.  Elections are on progress.

Now the news in details:

It was on 18th July 2012, at 5:00pm African standard time when a nice and enjoyable match was held between Year One and Year Two “A”. The match was officiated by three umpires from ACROSS Volleyball Association. During the first round of the match, Year Ones started by three nice strikes which made the moral boosters to celebrate and alert the Year Twos. Shortly the ball turned against Year Ones, making the Year Two “A” with 25 goals to 12 goals in the first round. On return to the second round, Year Two students increase their motion not even to allow any score but only faults. Alphonsio became the man of the match who was shouting with the members in classical Arabic for improvement. Lillian Joseph was to shed tears since she was the only talented volleyball player who did not wish to lose. General result of the match ended with 50 goals to 20 goals in favor of Year Two “A”. In an interview conducted by the media, a member in Year One revealed to the media that it was their own will to allow themselves to loose in order to campaign in the forthcoming elections for the Year Twos to vote them successfully.

Elections are on progress.

Following the nomination of candidates on 17th July 2012, candidates were accompanied by their class members in large numbers for the registration. Ladies were yelling, ululating and sweeping the road for the contesting Guild presidents. Songs and joy filled the sky which made all the Year Two students and the staff to leave their work and come out to watch the candidates celebrating in the electorate door. Baby Temple was one of the newly registered citizens in Unity Hall Constituency 2 Room Numbers 12, who was overjoyed and jubilating in front of the candidates. However, a councilor in Wisdom Hall constituency Serial Number 2 by the names of Buga Moses Wenger hired a wheelbarrow and was driven to the registration center by pilot Maliyamungu, who claimed that it was their aeroplane. The pilot further said “in case one needs special hire, he/she should pay only 50 SSP to cover the distance from old site to new site. Finally, during their illegal campaign none of the candidates purchased biscuits for the citizens making one of the Year Two gentlemen to grow annoyed and bought biscuits for the students to enjoy reminiscing their last year’s campaign.

After the official release of the shortlist for the successful candidates of 2012/2013 Guild Council, it was on Friday 20th July 2012where students gathered in the Multipurpose Hall for open campaigns as permitted by the Electoral Commission YTTC, one week earlier as the announcement was made from the Electoral office about the amendment of the previous Constitution amongst which the mode of choosing leaders that left very many students in total confusion because the amendment act which explains that Guild President will be elected by the general students body but councilors will be elected by their members of the various constituencies. This confusion did not stop on the way but continued up to the open campaign where candidates were restricted to be questioned by the members of a particular constituency apart from the Guild President. This idea provoked one of the students to send a written question to the desk of the Electoral Commission that if questions are not allowed from other students does it mean that successful councilors will be working on the basis of their particular constituencies or for the general student body of YTTC? From there no reply was given. The candidates who were campaigning for different positions such as Guild President with 2 candidates, Constituency Number 1 with 12 candidates, Constituency Number 2 with 14 candidates, Constituency Number 3 with 4 candidates and Constituency Number 4 with 7 candidates, where two candidates were confirmed unopposed as governors from constituencies number 2 and 4. Hon. Biar Atem and Emmanuel Moro respectively in which the rest of the candidates are to continue convincing their voters for the political case which will be closed on July 23, 2012 with elections from 2:00pm.

Well, it was on 18th July 2012 at 9:45pm after sitting for music test. Ladies were scared by a stone which was thrown on the roof of Bishop Hall. Some ladies entered under their beds while the Deputy Guild President made an alarm saying “wulululu what is happening in the College?” Her excellence Kiden Alice Hope went out pretending to go and call the watchman, and ended up going to her room due to fear. After 5 minutes, another heavy stone was thrown which made all the ladies in the room to develop heart attack increasing the temperature in the room resulting to serous sweating and loud echo produced for the watchman to rescue the situation. They thought it was a bomb which made one of the ladies from Room 10 to faint on the chair rolling herself unknowingly under her bed. Immediately, three of the hall members disappeared for almost three hours looking for survival before the watchman could arrive.

The watchman commented that Bishop Hall is at a risky position because of the structure of the fence behind the Hall; he further said that all the property should be kept inside. Ladies became counselors of themselves by saying going out at night for call should be in groups for security. They further commented that doors should be closed properly and others ended up by saying their doors are not having shutters which made one of the most fearful lady from Room 12 to piled more than three chairs in order to support their door. Finally, they whispered that “men are on safe side compared to ladies because of their short distance from the security guard. 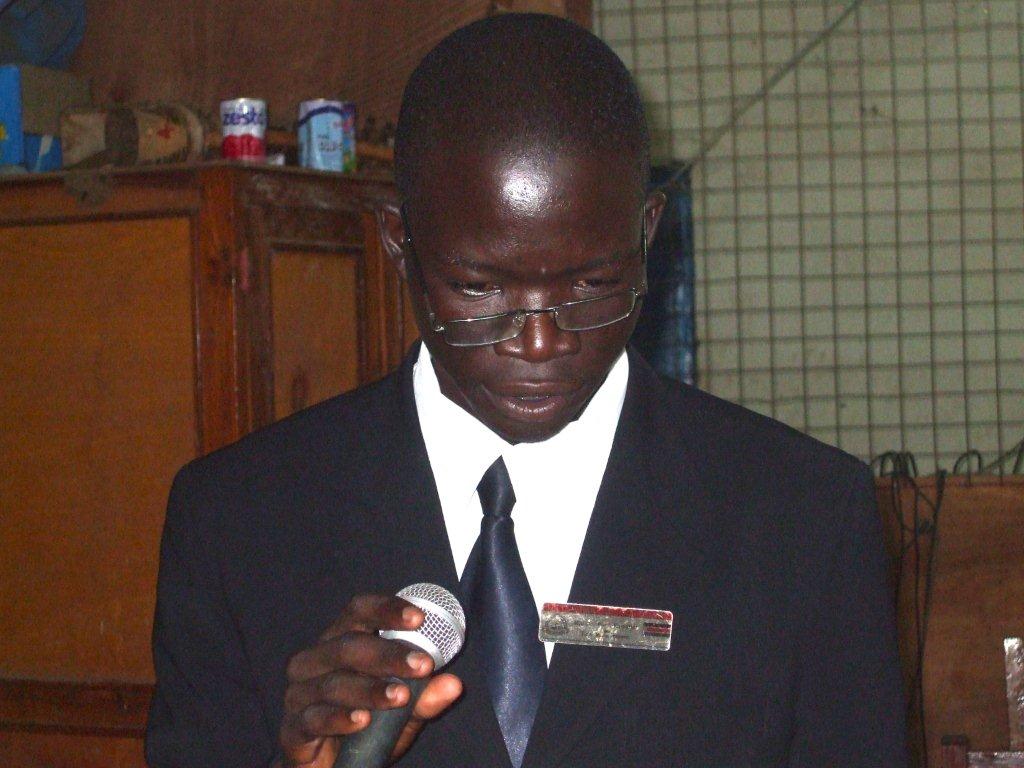 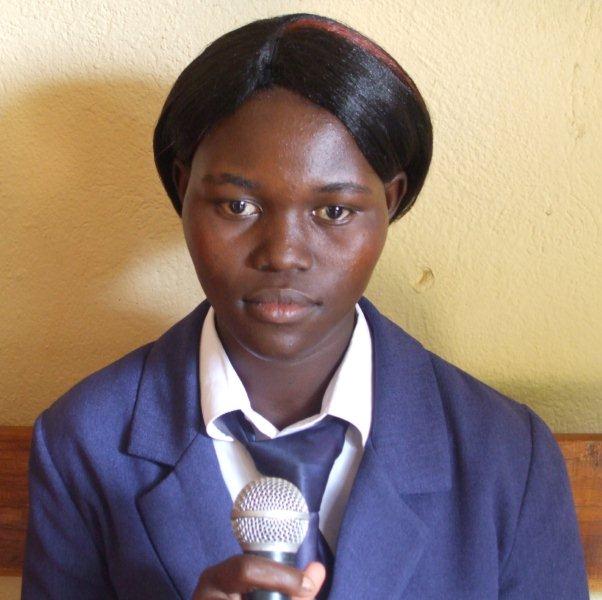